If you are not familiar with the series, it will be set in the warring times (Three Kingdoms)  in China where several warlords are trying to be the ruler of China. In Romance of the Three Kingdoms it will feature a lot of heroes you know from Dynasty Warrior series. The game is set out for 2012 in Japan for the PC.

Just a warning for the new players that are going to try playing a Romance game. You will need a lot of thinking power and a whole lot of patience. I would definitely suggest you pick up the classic Romance games to get yourself familiarize.

One of the best classic real strategy games out there 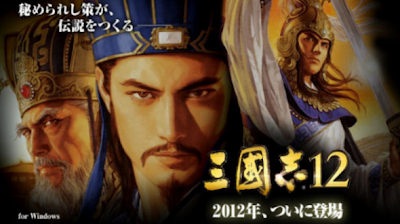